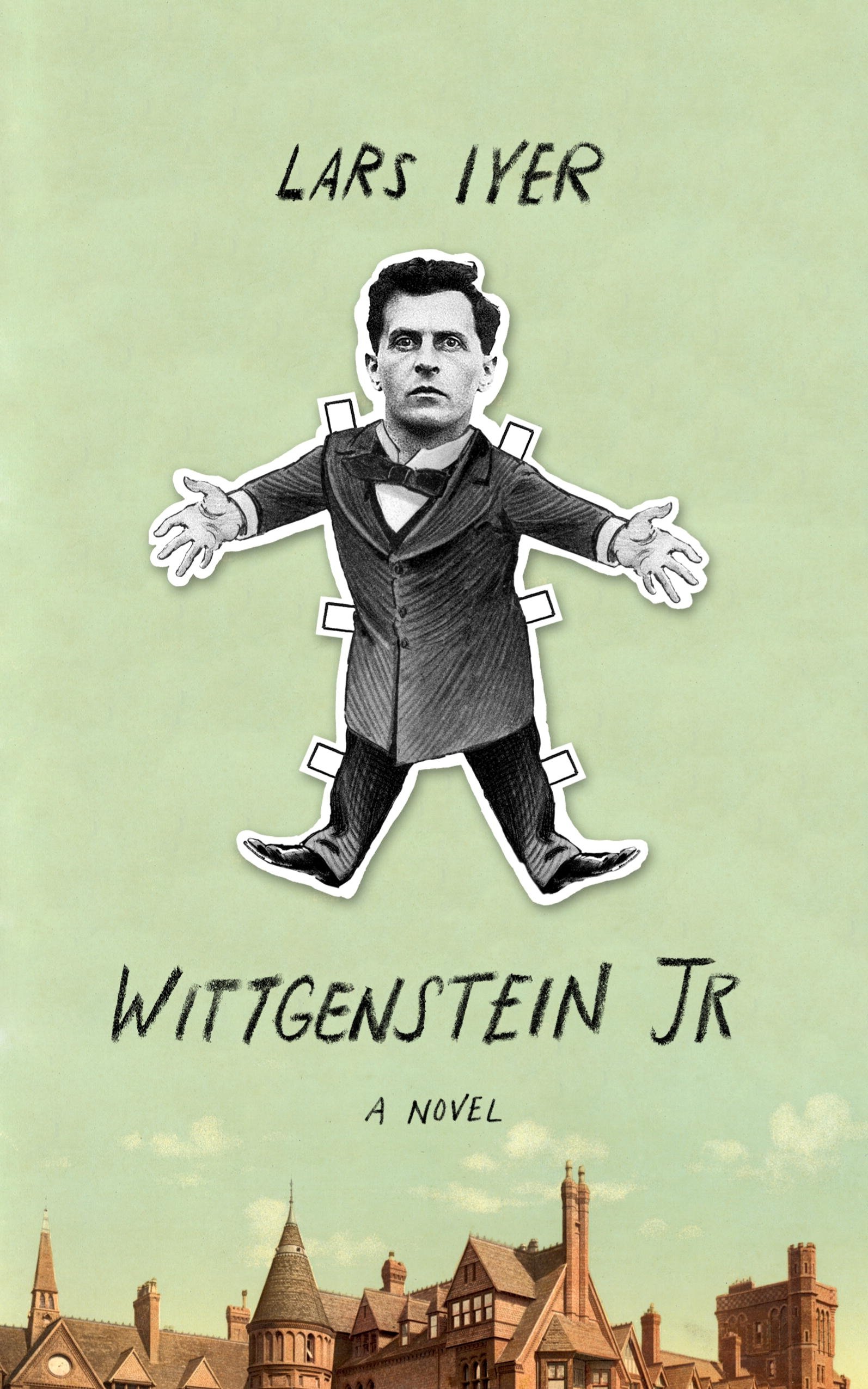 In Wittgenstein Jr, Lars Iyer sets out to create an alternative Ludwig Wittgenstein, living in contemporary Cambridge and appalled, as the real Wittgenstein was, by what he sees around him, the indolence of the dons, the artificiality of academic life. Because this is contemporary, though, the artificiality has a different genesis: while it was the dons’ lack of effort the real Wittgenstein deplored, now it their constant chasing of funding, the commercialisation of academia, the loss of education as a tool to improve human society. As ever with Iyer, and with any good satire, there is a real target for the jokes and barbs and rejoinders. Modernity is a cold-blooded thing, beholden to the great god commercialism.

The eponymous Wittgenstein Jr is a philosophy lecturer at Cambridge, a man struggling with his philosophical explorations of logic and reason and their place in the real world. He is given his nickname by his students, a diverse group of undergraduates who are drinking, fornicating and tripping their way through their academic careers. They are frustrated by Wittgenstein Jr’s inability to actually teach them anything. Rather, he asks them gnomic questions without deigning (or being able) to provide answers. At one point, he tells them:

Joseph Knecht he is not.

Gradually, though, his students realise (or some of them, anyway, over the weeks the class size shrinks from 45 to 12) that he is trying to teach them something. His style may be unorthodox, he may not seem entirely in control of his faculties, but through his constant questioning he is directing them to live their lives. Philosophy is the examination of logic and reason, but it can only be experienced through reality. For this reason, Wittgenstein is a great admirer of St Augustine, who famously prayed: “Grant me chastity and continence, but not yet”, before converting to Christianity and becoming a priest. This was a man who lived, and through living he learned. Joseph Knecht made flesh.

But while the students gradually come to an accommodation with their lecturer, Wittgenstein Jr struggles to live up to his own ideals. This is when the novel begins to take form and we understand it is not just a random rendering of the chaotic lives and peculiar lectures of this group of Cambridge undergrads. In particular, the narrator, Peters, begins to draw closer to Wittgenstein Jr and starts to break through the intensity that drives his sense of vocation and his dedication to the life philosophical.

Like his more recent Nietzsche andthe Burbs, Wittgenstein Jr is a strange novel, comprising short fragments, moments in the unstructured lives of the protagonists, told in non-judgmental, forthright terms. It is also very funny. The sincerity of Wittgenstein Jr’s philosophical quest is counterpointed to great comic effect by the dissoluteness of his students and we are drawn into a wonderful send-up of academic life in the twenty-first century.
at July 27, 2020